My idea for the walking tour would be going to the sites of historic graveyards around the city. I wanted to do a walking tour of the builders of the graveyards and maybe other non-grave yard locations they might have built, but I couldn’t so far find information on any specific builders/movers/laborers. These three pictures are of three locations I might use, though I think I’ll definitely end up having to change the scope of the project because of how far the locations seem to be from each other.

Halenbeek Family Burial Grounds from Flickr, location no longer exists and a quick google maps search is a little ambiguous with where the site might have been.

Albany Rural Cemetery, still exists and was established in the 1840s. According to the cemetery website the location is fairly popular as a tourist attraction (Flickr has loads and loads of pictures of the head stones and some illustrations, like those below), so maybe I can switch the tour to be more ARC-focused. 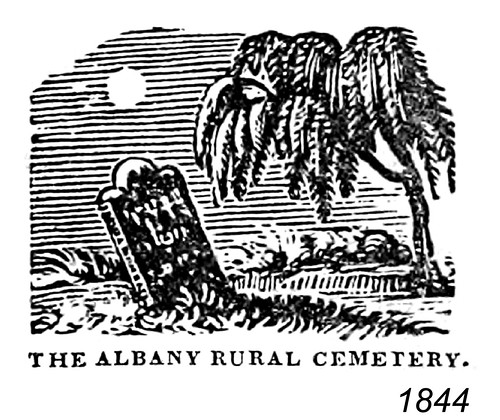 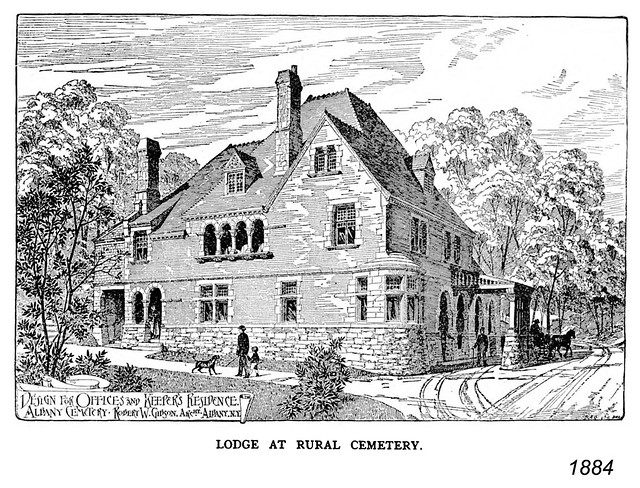 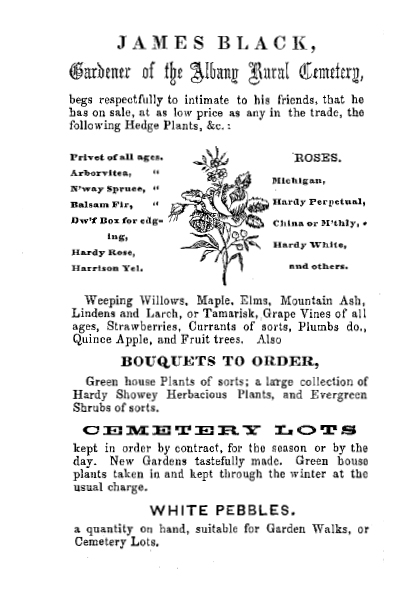 The Washington Park Cemetery, which no longer exists, was located across the park. Its bodies were officially relocated to the ARC by 1868. Focusing between WPC and ARC might actually make up a more cohesive project than trying to dig up all the old private graveyards churches and families used, if I could find an interesting angle. For right now, I have a picture of an old map laid over a current one indicating where the cemetery would have been. This was found on a site that lead me to a tweet.

It's well known that Washington Park was originally a cemetery, but how much? Here's an overlay. A lot of it! #Albany pic.twitter.com/aTRXMtNh4j

(the image linked to above is here:) 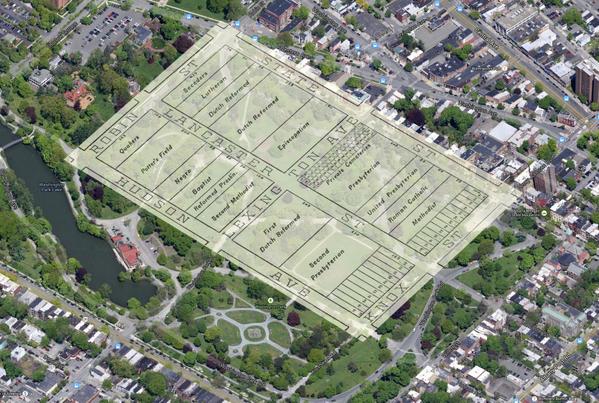