This is all tentative, but for my walking tour, I’d like to focus on churches in Downtown Albany. In addition to being architecturally significant in some cases, churches served as centers of culture for respective groups, and played important roles as gathering places for some powerful people in New York’s history. For example, Theodore Roosevelt attended services at the Dutch Reformed Church when he was governor of New York. The tour itself would discuss the history of each church, while also touching upon information (if available) about congregations, religion in New York State, and architecture where applicable.
St. Mary’s Catholic Church 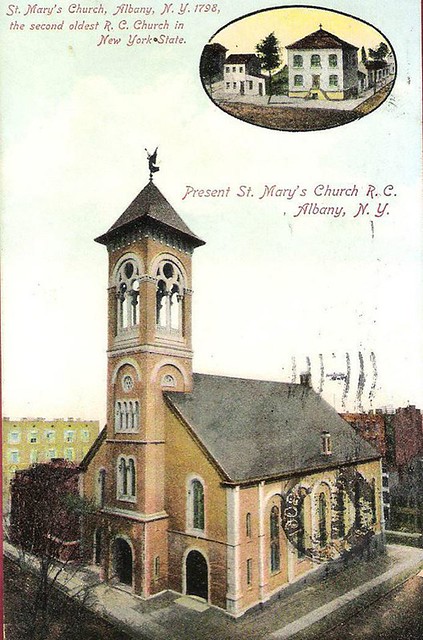 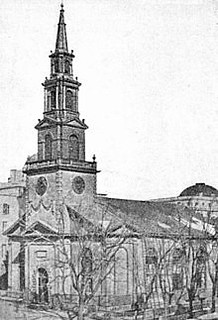 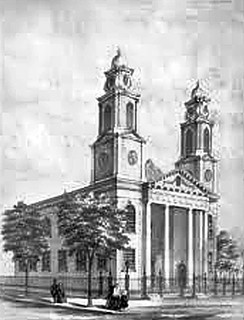